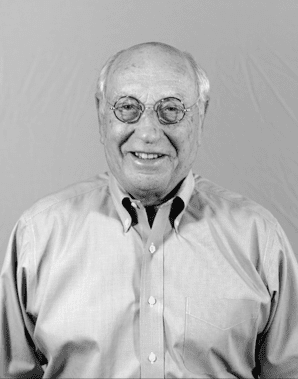 Charles W. Ryan (Chuck) has over 40 years of experience in the Real Estate Appraisal field. After graduating from Cal Poly State University in San Luis Obispo, Chuck began his career with a national lender. He later joined the Office of Assessment Appeals for the State of California where he gained experience in many different property types.

After earning the designation of MAI with the American Institute of Real Estate Appraisers in 1976, he relocated to his hometown of Redding and formed Ryan and Associates, a professional valuation services firm. Qualified as an expert witness, Mr. Ryan has testified in the Superior Courts of Shasta, Tehama, Humboldt, Trinity, Lassen, Siskiyou, Los Angeles, Sacramento, Santa Clara, Orange, and Riverside Counties. Most recently, he testified for the State of Oregon.

Chuck served as President of the Sacramento-Sierra Chapter of the Appraisal Institute and also taught several appraisal courses through the Appraisal Institute as well as Shasta Community College. As well, Mr. Ryan was a member of the Shasta County Assessment Appeals Board from 1998-2005. Mr. Ryan holds the license of Certified General Real Estate Appraiser with the State of California.

Time away from work is spent traveling abroad with his wife Susie and distributing wine at his newly formed distribution company, Arente Fine Wines.

Kent Hume graduated from Oklahoma State University and began his career in commercial real estate collecting and verifying comparable sale data in the Oklahoma City metro area. Upon returning to California in 2002, he began training as a commercial real estate appraiser and became a certified general real estate appraiser in 2005.   While appraising many types of real property, his specialties include subdivision appraisals, eminent domain appraisals, estate valuations, office buildings, apartments, and vacant land appraisals. Geographic areas of expertise include Shasta, Butte, Tehama, Lassen, Modoc, and Trinity counties. He is an associate member of the Appraisal institute.

In his spare time, Kent enjoys exploring the trout waters of Northern California and cooking and traveling with his wife, Casey.

Jerry began his professional career after graduating from California State University, Chico in 1986 with CH2M Hill Quality Analytical Laboratory in Redding as an analytical environmental chemist. In addition, he became the Laboratory Safety Office and continued in this position for nearly 15 years. The laboratory was acquired by Columbia Analytical Services (CAS) of Kelso, Washington in 1999. In 2003, he was elected to the CAS Board of Directors for a three-year term. In 2006 the laboratory closed.

Jerry joined Charles W. Ryan MAI in 2007. With over eight years of appraisal experience, Jerry has not only worked on general commercial, agricultural and industrial properties, but unique assignments involving wildfire diminution, estate tax planning, easements and right-of-ways, and real property litigation. Jerry is an automotive enthusiast and enjoys restoring cars, athletics, hunting with his family and water sports on Lake Shasta.